Membership is $30 per couple, $20 for single and $10 for an associate. Once an application is received it will be read at two meetings and prospective members must be present at these meetings.
Feel free to Contact Us if you have any questions or concerns. Download the Membership Application.  This is a PDF form and will require the FREE Adobe Acrobat Reader. Click HERE to download it for free if you do not already have it installed. 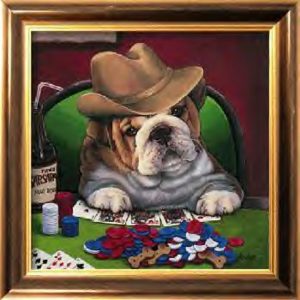 The club was founded in 1975 by Joanne Miller and Patti (Cook) Merkt. The first club meetings were held in member’s homes, but as resources became available and more people joined, the meetings were held at restaurants, mobile home park club houses and at community meeting rooms of various businesses.

The first match was in May, 1975, and Elmer Dunn of Arizona was the judge. It was held at Sunset Park, and there were approximately 15 entries.

The club’s first Specialty show was held at the Hacienda Hotel on the south end of the Las Vegas strip in 1992. It is unknown whether the judge was Cal Riggs or Florence Savage. However, it is believed that the Best of Breed winner was Newcomb’s Desert Victory.

The club had around 20 members when founded. Today the membership has grown to 60. Full membership, with full voting rights, is available to those who reside in southern Nevada within a radius of 75 miles of Las Vegas. Associate membership (non-voting), is open to anyone without a boundary restriction.

The club holds a meeting each month starting with a brief business meeting followed by a program, which has included topics such as obedience training and dental health care.

The club emphasizes interactive meetings, allowing members can bring their Bulldogs to the meetings and then participate together in the program. This proves very popular with the members who have enjoyed brushing their Bulldog’s teeth or practicing the “come” and “sit” commands with their dogs while getting tips and pointers from professionals instead of just attending a lecture.